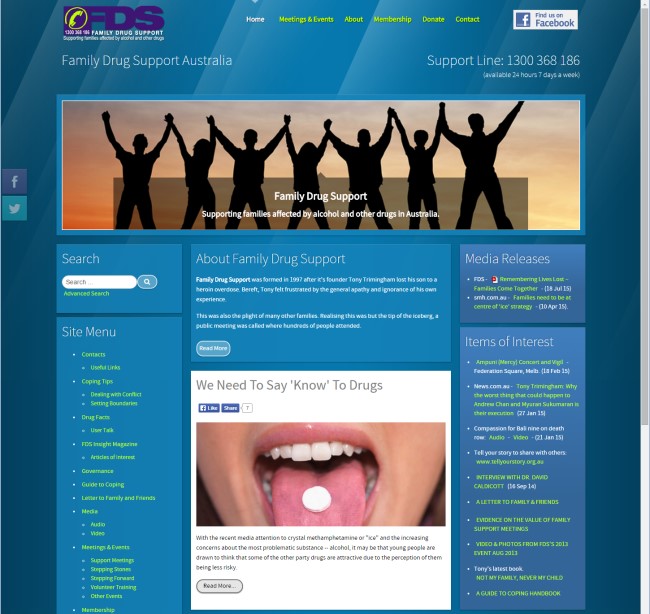 Family Drug Support was formed in 1997 after it's founder Tony Trimingham lost his son to a heroin overdose. Bereft, Tony felt frustrated by the general apathy and ignorance of his own experience. This was also the plight of many other families. Realising this was but the tip of the iceberg, a public meeting was called where hundreds of people attended.